Hopefully, a lot of n00bs will rush out and upgrade. TH11 players will have a terrible time looting at first, because their loot penalty bracket advances. They will no longer be able to profitably loot TH9 bases. They will need to loot other TH11 (with the new Eagle defense) or TH10 (with Inferno Towers). Good luck with that!

The TH11 upgraders to worry about will be serious clashers. Advancing to Town Hall 11 will be important to survive in high Champions, Titans, and Legend status. 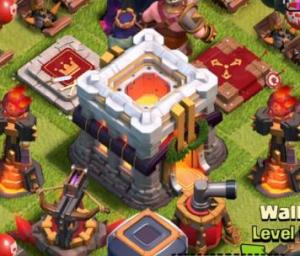 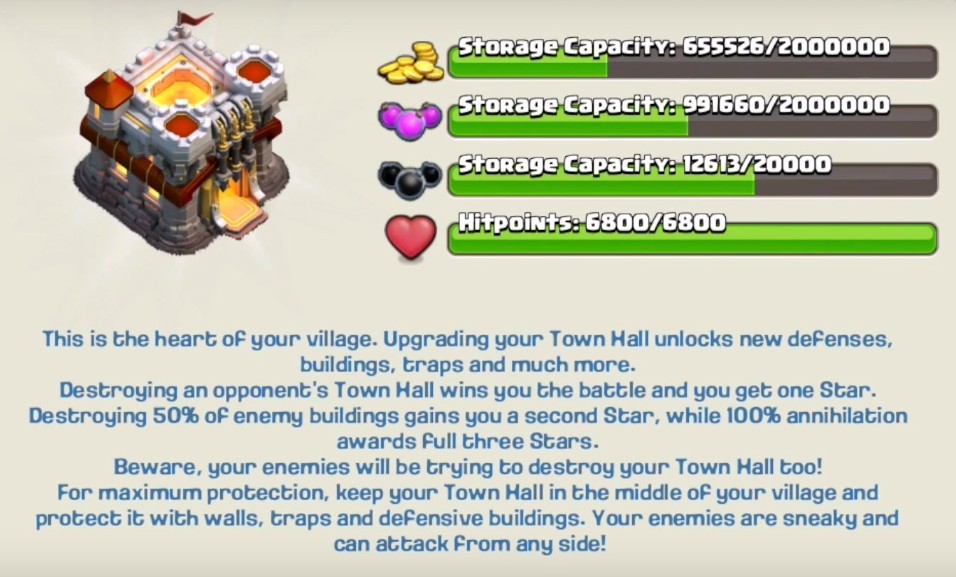 The new Game Warden will be elixir-based.

The Wizard Hero apparently uses ordinary Elixir instead of Dark Elixir. He has less hitpoints and damage than his counterparts. He has a multitude of abilities:

The Game Warden’s passive aura buffing the health of nearby dragons.

The Gold Storage and Elixir Storage now have Level 12. This is because TH11 upgrades will be massively expensive!

The Wizard Tower now has Level 9. 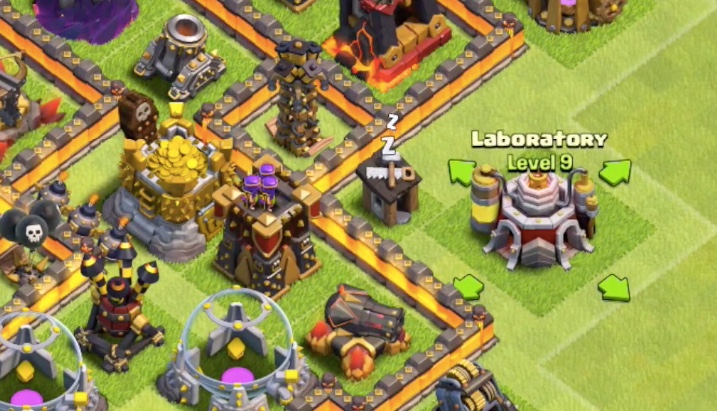 Of course, some spells will also receive an upgrade and maybe some Tier 1 troops, too. Since TH10 troop upgrades take 14 days, expect TH11 troop upgrades to take a long time and cost around 10M Elixir.

The new “Eagle” defense will not start shooting until a certain amount of housing space of troops are deployed. This encourages carefully staged attacks, deploying a few troops at a time, to prevent the weapon from activating. Once it activates, it has unlimited range, targets both flying and ground troops, and has huge splash damage. The AI has not been released if it shoots the closest troop, the most troops, or the most powerful troop. Will it target a group of Barbarians in a corner, a single Golem near the TH, or whichever is nearest?

We won’t need to worry about the Eagle until we face one in war. By then, there will be YouTube videos to describe the new weapon’s AI and abilities.

What does this mean for TH9 players?

There are pros and cons. Players upgrading to TH11 will advance their loot penalty bracket, which means you won’t get looted by them! Hopefully a bunch of n00bs will rush to TH11 and leave you alone.

Many players with max TH9 bases have not upgraded to TH10 because of war ranking, loot penalty, and other reasons. Being TH10 is tough, because it’s been the top. However, TH10 will no longer be the top bracket. Once TH11 is released, many max TH9 players won’t be as hesitant to upgrade to TH10. This may mean a lot more TH10s in circulation in Gold and Crystal leagues. They will want to loot you. You may need to add or upgrade your xbows if too many TH10 start looting you in your trophy range.

If you are TH9, don’t be tempted to upgrade to TH10. You’ll lose the ability to loot TH8 bases and your war ranking will skyrocket. Keep maxing your TH9 and consider TH10 once you get level 20 heroes. You don’t want TH10 until you are ready.

What does this mean for TH10 players?

In a nutshell: it may get harder. As mentioned above, many high TH9 players that are avoiding the top bracket may upgrade to TH10 once TH11 arrives. This will increase competition in the farming leagues, and cause TH9.5 players to consider adding Inferno Towers for protection. This in turn increases war raking, causing tougher war matchups. The upgrade spiral.

TH10 bases will get looted by new TH11 players, equipped with a new Wizard Hero and upgraded troops. This will cause TH10 players to consider adding or upgrading their Inferno Towers and other weapons. Again, this increases war ranking, causing tougher war matchups.

In summary, the increased competition from the new Wizard Hero and TH11 troop upgrades will escalate the pressure on TH10 players, causing a spiral of upgrading, increasing war ranking, and tougher war matchups. This pressure may ultimately obsolete the TH9.5 strategy altogether.